When I went bed the night of the 9th I was wishing that there was snow when I woke up the next morning, and to my utter delight there was! And there was a lot! I was like a little kid on Christmas Day when I looked outside and saw the whole of the garden coated with magical white dust and thus began two days of playing in the snow…

Ofcourse as soon as I woke up I had to go out and take a photo because how could I miss an opportunity! The garden looked so much better covered in white, I braved the icy cold in just a dress and my Ugg boots! 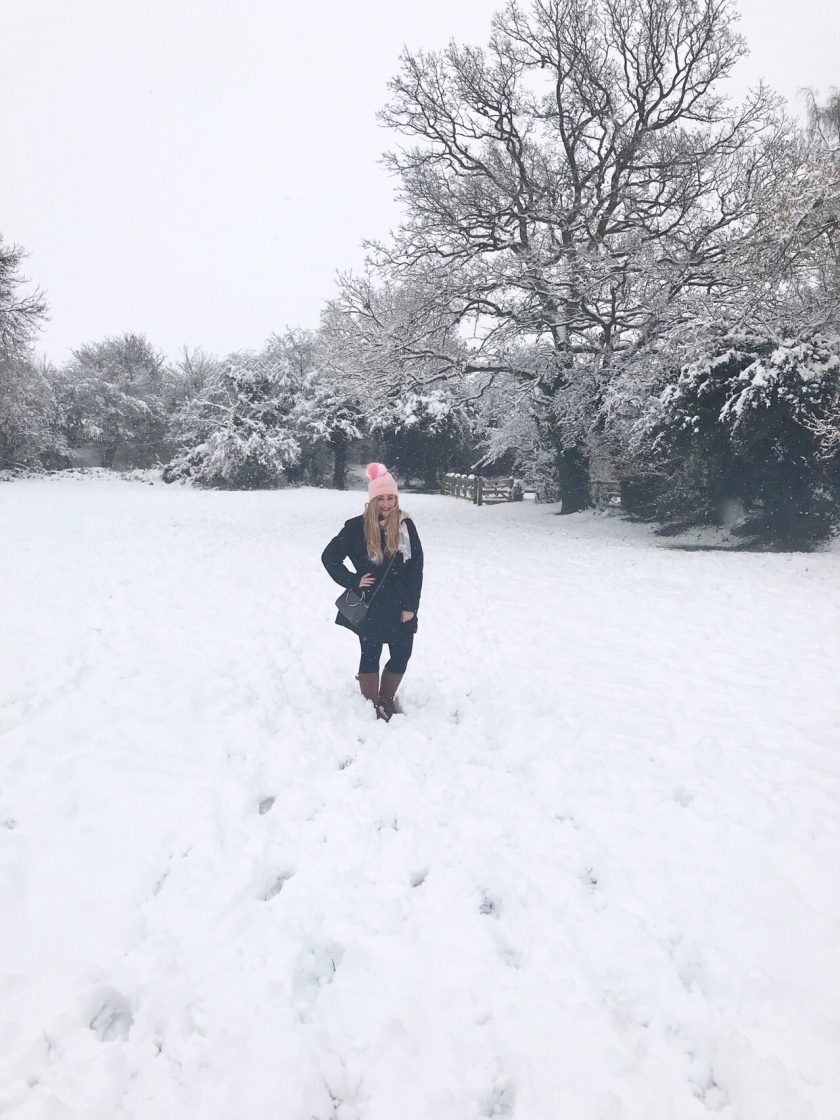 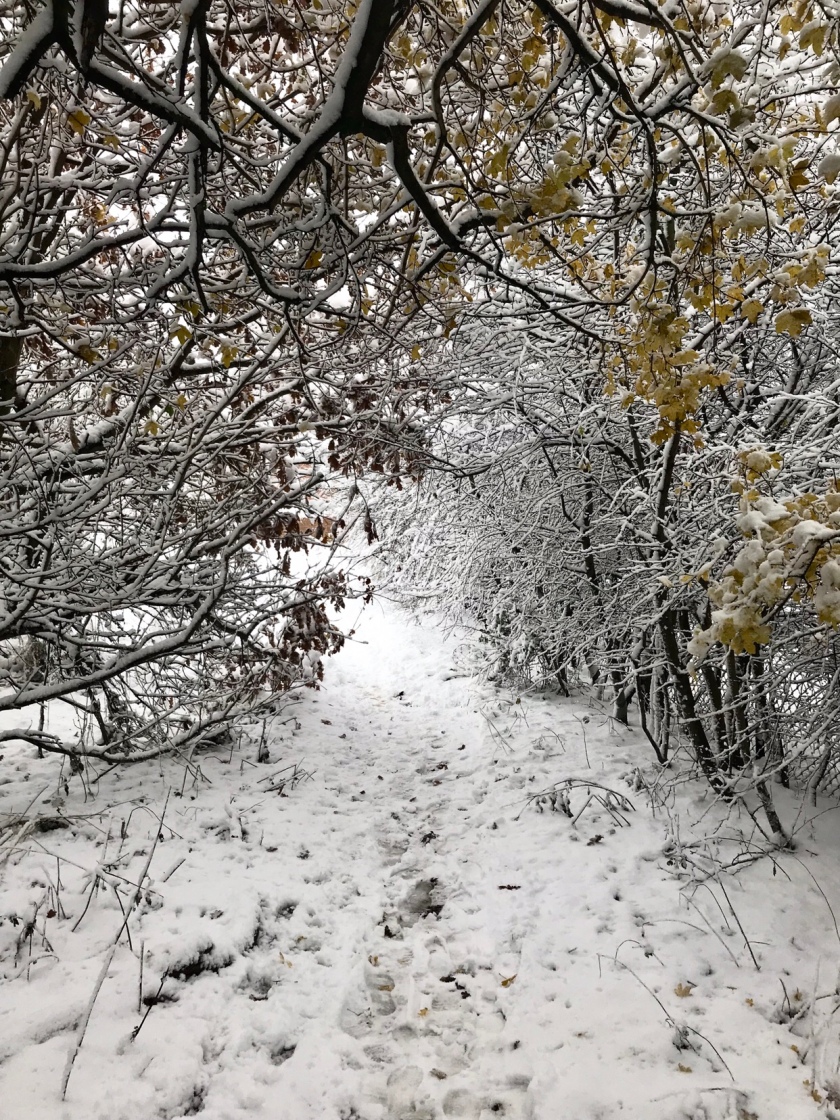 On this day we were supposed to be going into to London to Harrods, but because of the snow we stayed home and this meant we could go out walking in the real winter wonderland!

We walked over to a little cosy pub through the countryside and had a bacon baguette and hot chocolate looking out onto the snow covered fields!

These photos turned out amazing and I am so obsessed with them, it looked and it felt so magical walking amongst the snow covered trees, it was literally like being in Narnia!

That night when I arrived home I received the best email any one could ever receive on a Sunday night, work was cancelled for the next day! That meant my snow adventures could continue for one day more! 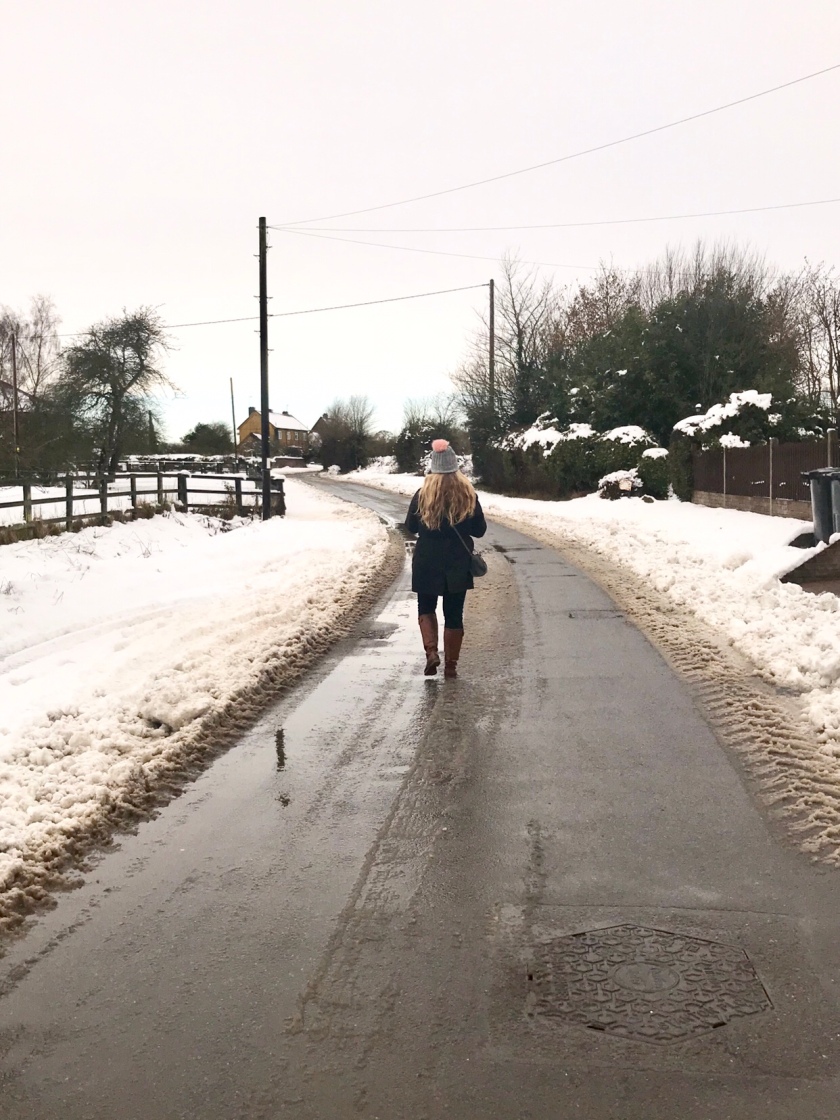 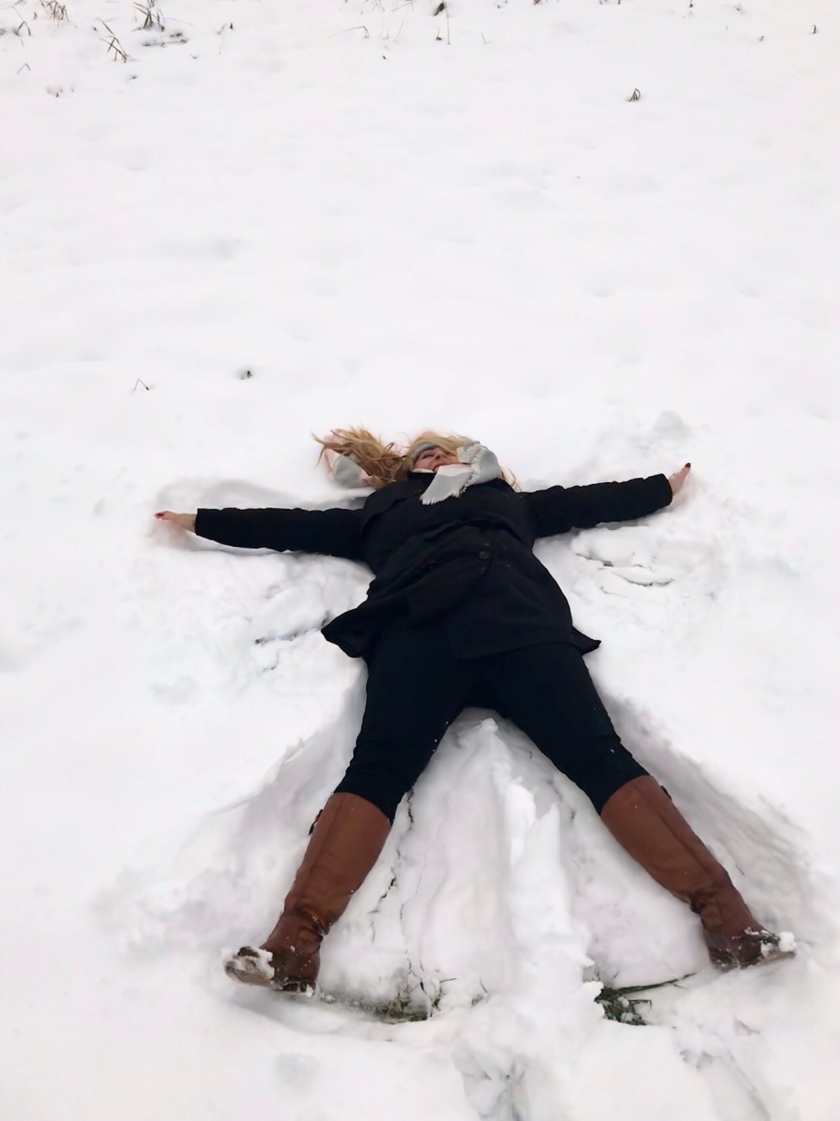 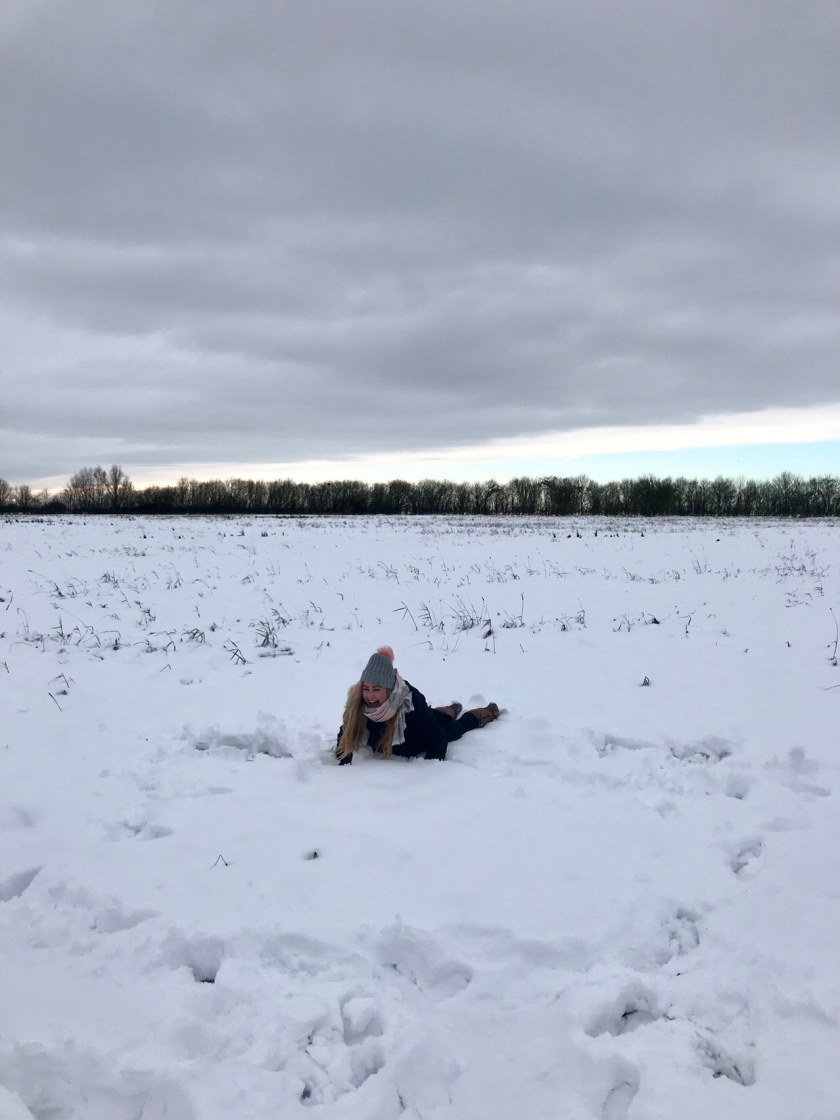 The second snow day consisted of a lot more walking and a lot more hot drinks with my friend. We headed out for a walk in the opposite direction to the previous day and got a lot of different photos. The snow had started to melt a lot more and it was a lot harder to walk in. That being said, it didn’t stop me from doing a couple of hand stands and cartwheels which didn’t end up going very smoothly!

And the best thing happened again that evening, another email to say we were closed for another day! The benefits of working in a school!

How do you like to spend your snow days?