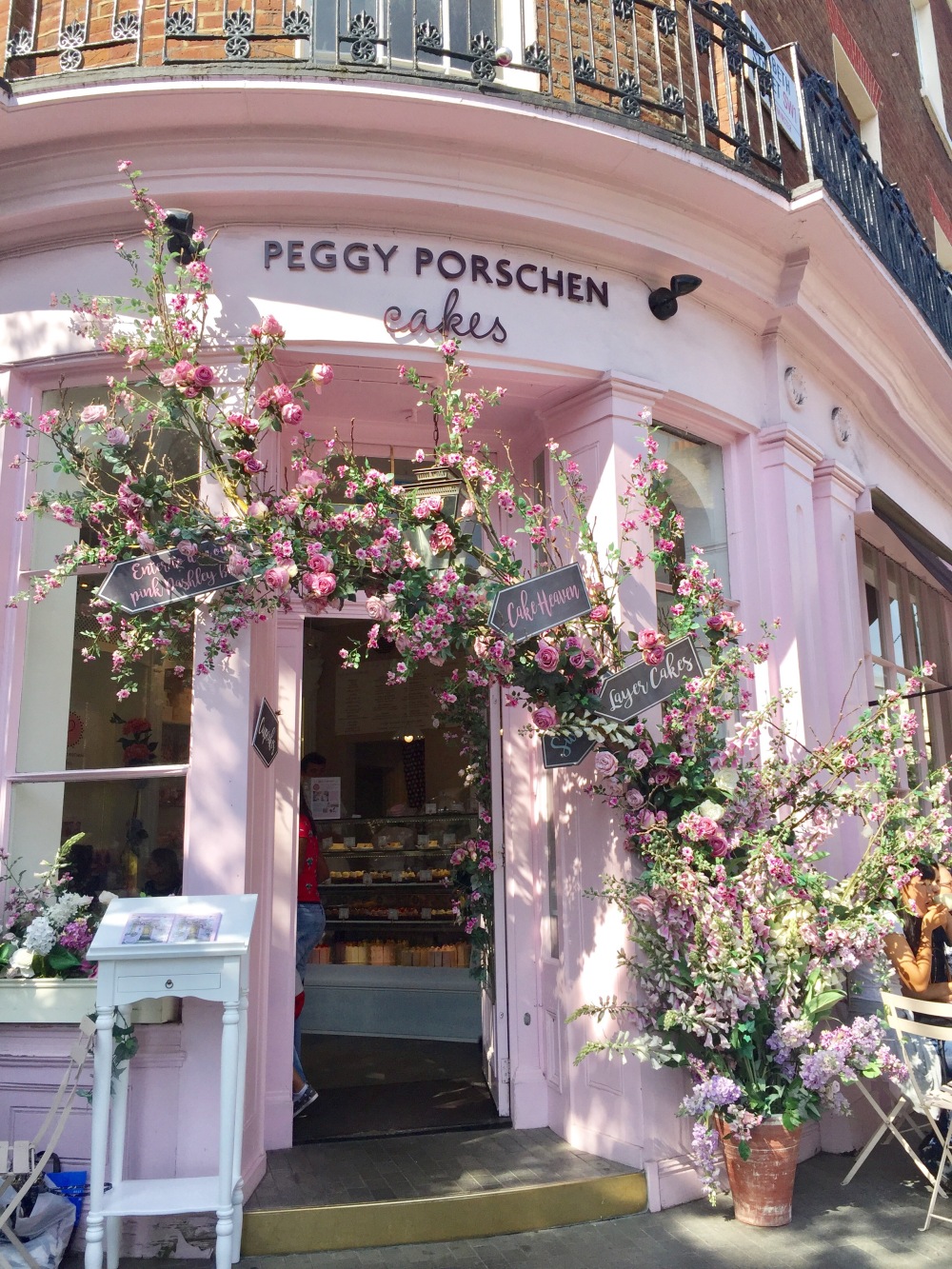 A few weeks ago during the summer I made it my mission to get to the infamous Peggy Porshen Cupcake shop! This place has been on my hit list for the longest time and finally I went!

This place is an Instagramers paradise and you can see why! When we arrived there was luckily only one person having a photo shoot outside, I’d seen lots of people saying that it would be really busy so I didn’t think I would even get a decent photo of the building itself. But luckily, going early in the morning means you beat the queues.

I totally planned my outfit to match the aesthetics of the shop! Just kidding, but it did look like I did!

Even though it was a lot less busier than anticipated, we still had a wait to get a table outside. The lovely lady who worked in the shop could see we were waiting so she came over and had a chat and told us about the owners which was really nice. After half an hour, and me constantly saying let’s just go, we won’t get a table, we finally got one! And it was right next to the big flower display.

Even the menus were cute!

Going to eat here is defienlty a one off, it’s a treat, a long awaited treat so no matter how much a cupcake is I was having one! 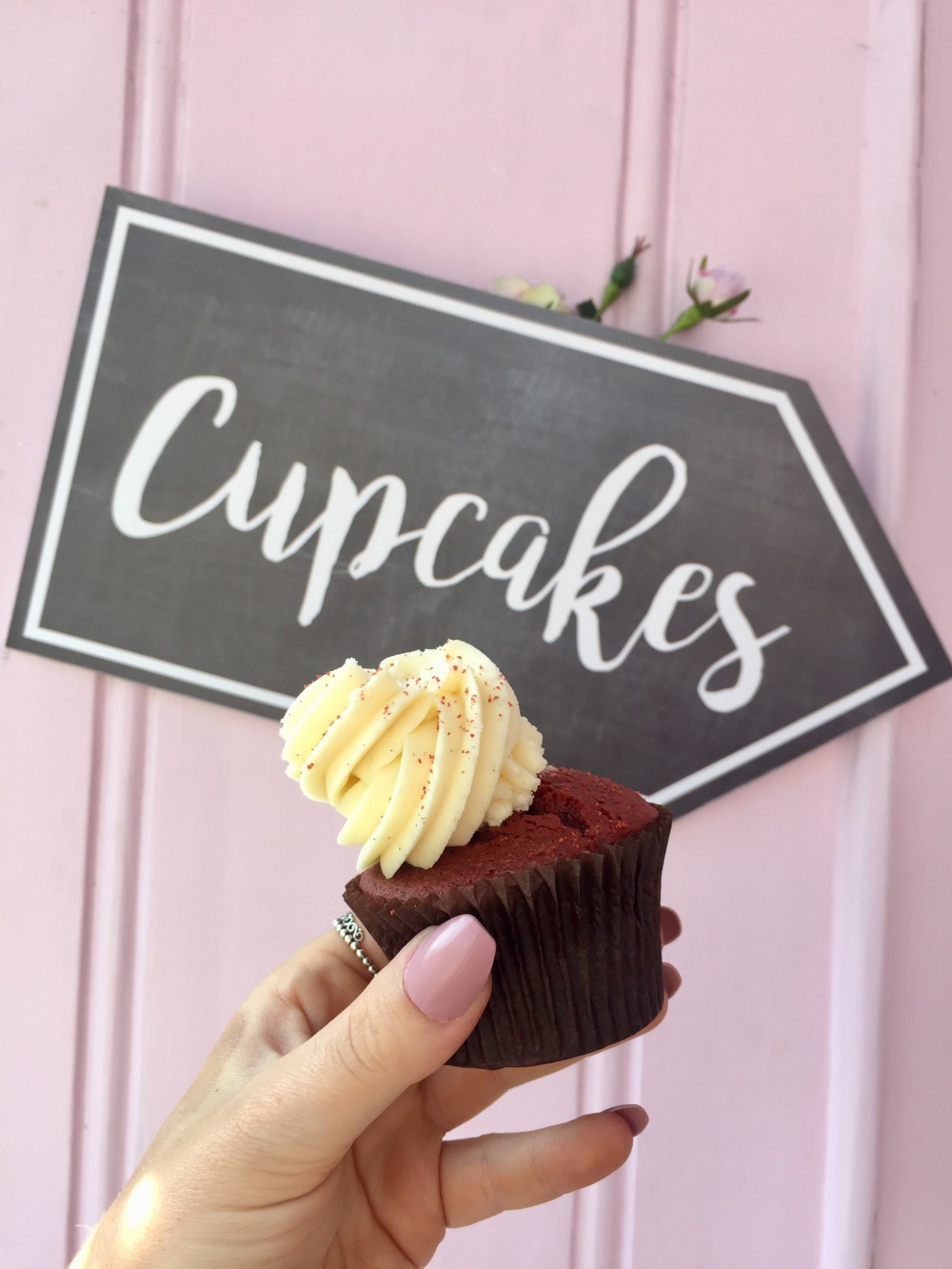 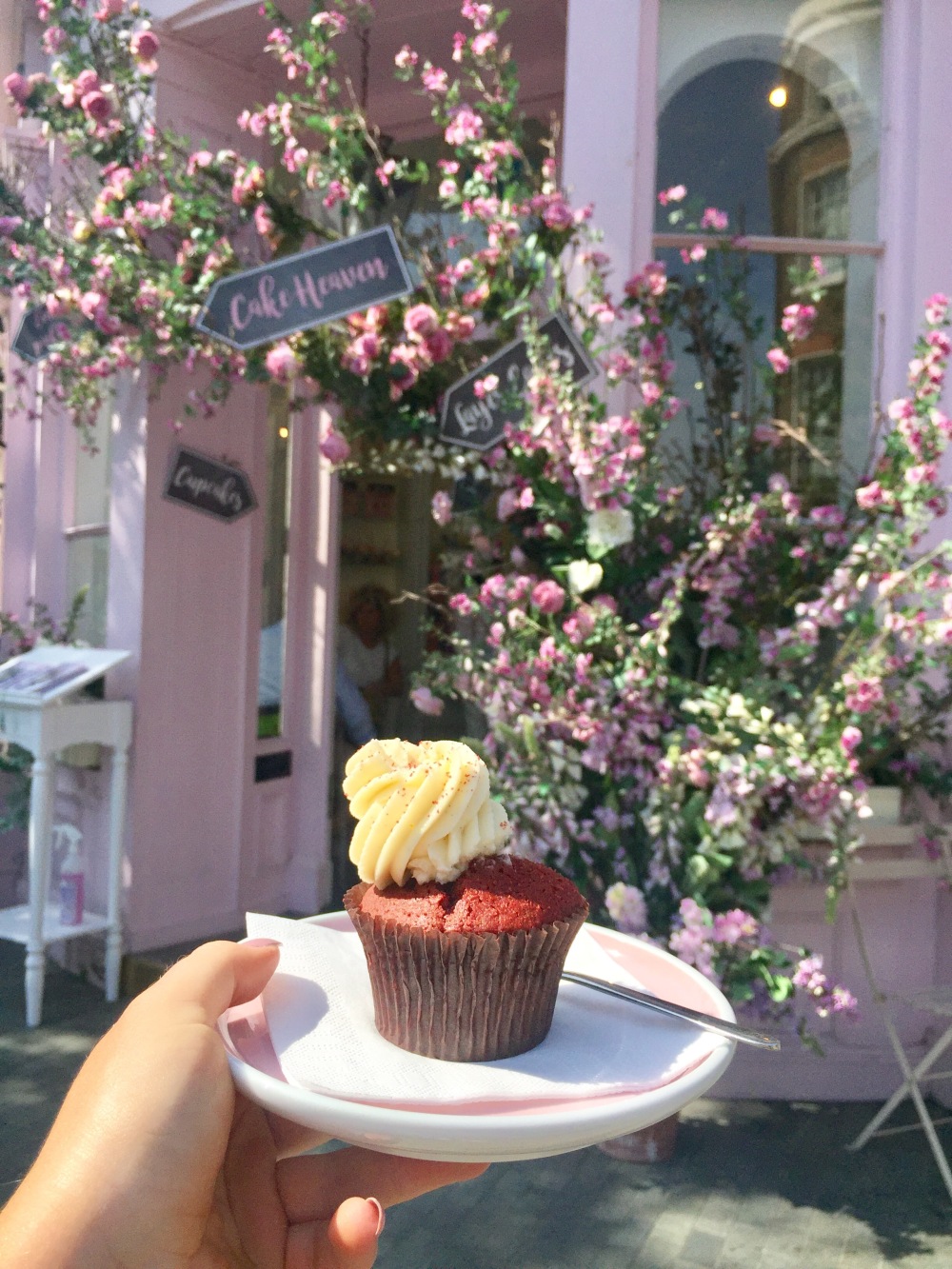 I didn’t even feel embarrassed about being in the middle of the street having a photo shoot with my red velvet cupcake! 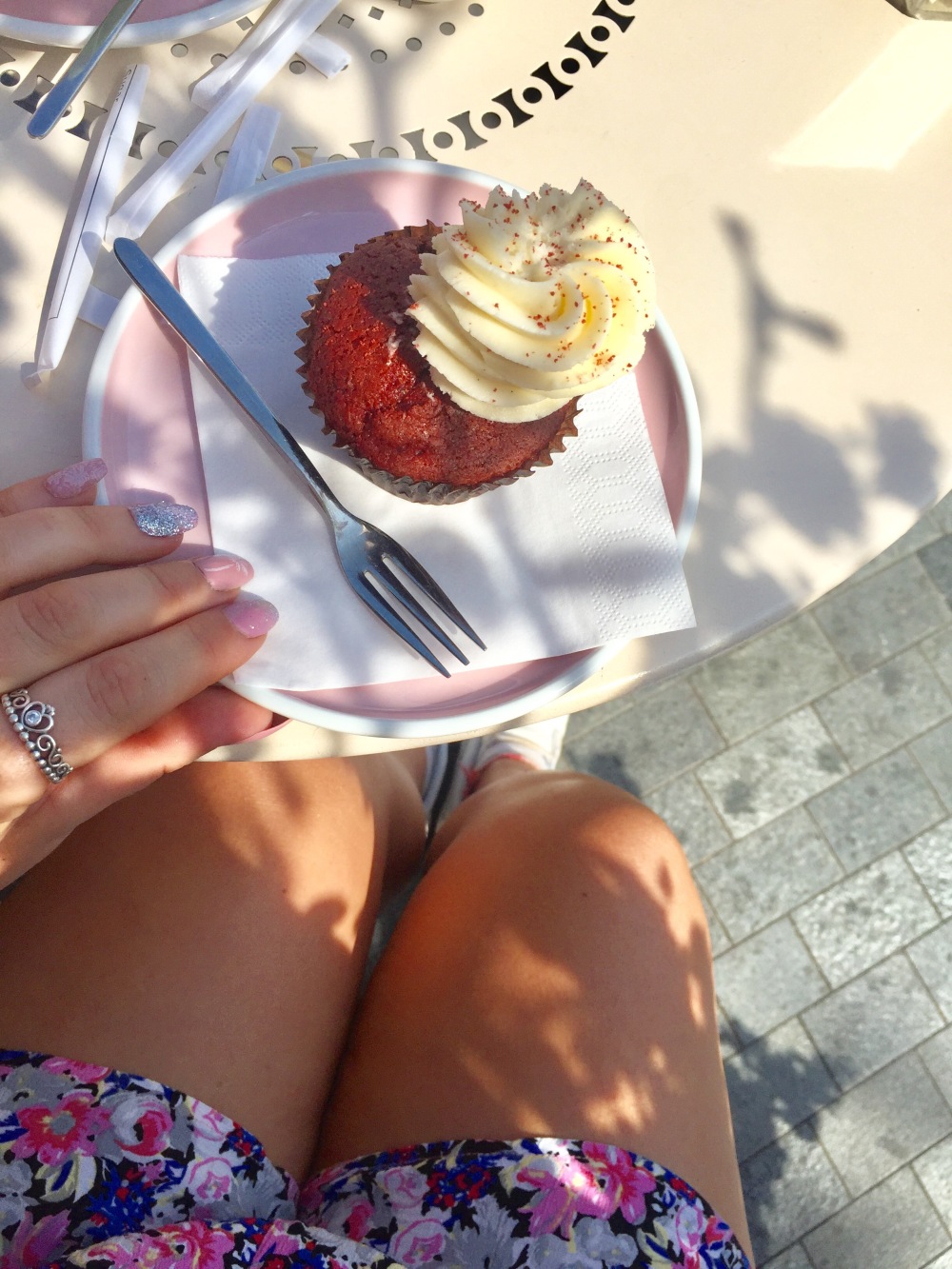 So the cake, I chose red velvet and I’m so glad I did. This was without a doubt the best red velvet cake I’ve ever tasted so definitely worth nearly £5!

This place is just wonderful! There are no other words to describe it other than pink cake heaven! I definitely do want to go again, maybe in winter on a nice cold brisk morning!

It’s definitely an experience worth checking out!