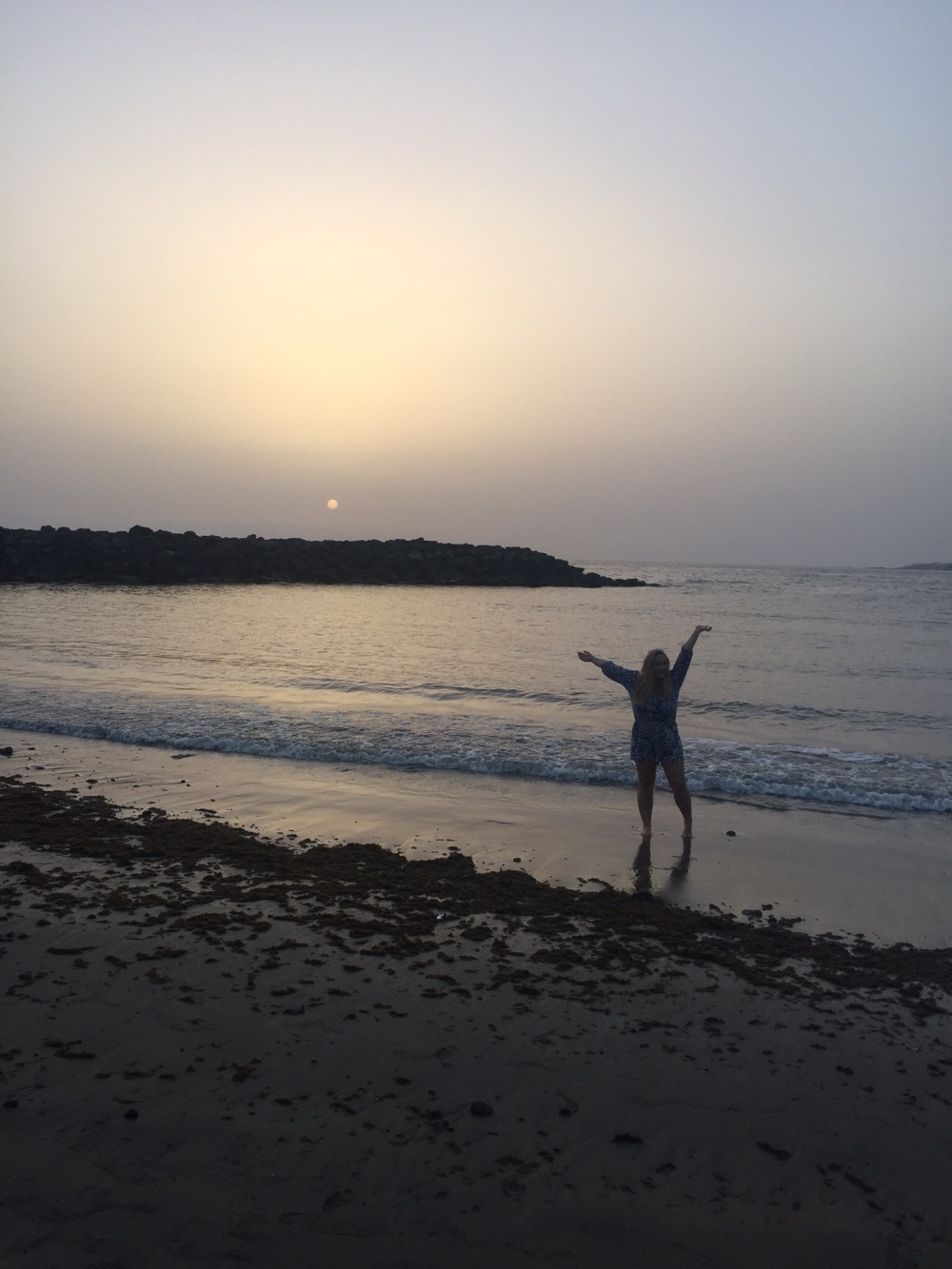 Today’s blog post is dedicated to the first 3 days of my supposedly relaxing summer holiday.

Background
So, myself and my mum had booked a week away on the Portuguese island of Madeira as soon as we had both broke up from work for summer. A couple of weeks prior to our departure we received an email saying there was building work going on next door to the hotel and it would not be the peaceful environment you normally expect on your holiday. They gave us two options, one was to cancel the holiday and the other was to transfer to a different hotel free of charge. Now bearing in mind we chose a Adults only Sensimar hotel so we were not just going to transfer to a normal hotel off free will. The ladies down at our local Thomson branch did some research and found a hotel which was apparently better than ours, but it wasn’t adults only so that wasn’t an option. We then decided to just put up with the noise, how bad could it be? Later that night I looked to see if the hotel booking said anything about the noise on the Thomson website, and to our shock the hotel had a discount on. So we rang the local branch and said can we have the discount, the discount was obviously because of the noise. They said no they cant give the discount out. So, we decided to cancel the holiday and re-book with the discount saving another £200 so this holiday ended up being very cheap for a 4 star adults only Sensimar! 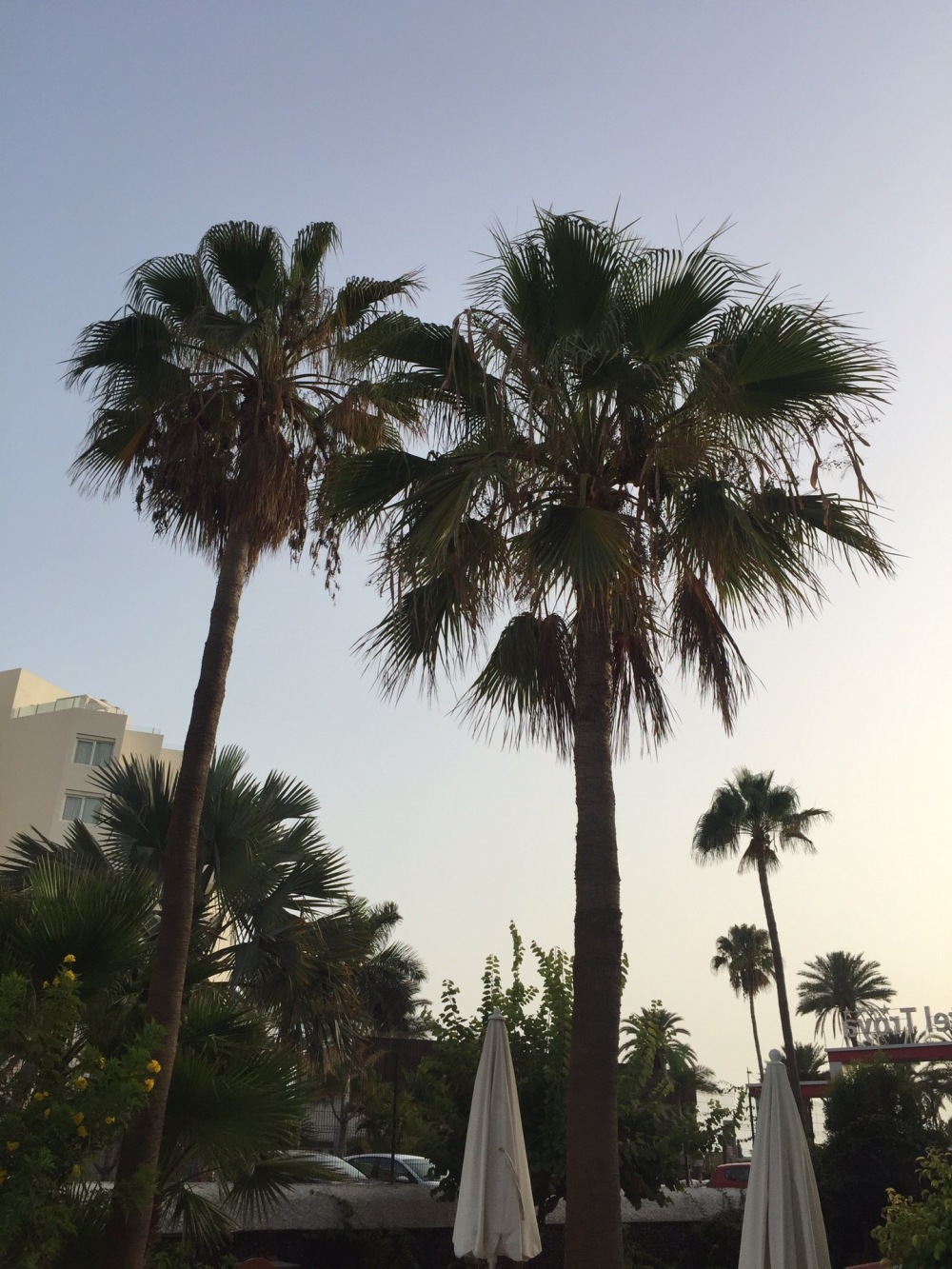 Flash Forward to the morning of departure

It was a normal morning at the airport, the typical queue to drop your bags, the waiting in the departure lounge, buying a meal deal from Boots and waiting for our flight to be called. We found our seats on the place, and to my dismay, I was sat in front of Devil Child, who proceeded to kick my chair, play with his tray and just annoy me whole way. Now this wouldn’t of bee so bad you see, if we were on the flight for 3 hours and 15 minutes like the captain had said. However when we got ready to start the descent into Madeira airport is when unforeseeable happened, we couldn’t land! The captain informed us that there were high winds in the Madeira airport and that meant he could not land the plane safely, so we kept circling and circling! It then go to the point where we had circled for so long we needed fuel, and in order to get that we had to fly to Tenerife and refuel and then go back up. At this point we had been on the plane for over 5 hours already. We headed back to Madeira, and circled a few more times, we even came close to landing! But as we got beneath the clouds we pulled back up again due to the high winds. After researching the airport and the flights on this current day we found out that at one point there were 5 planes circling above one another!

We eventually landed back in Tenerife after spending 10 hours on an air plane, we were offered nothing but a tiny cup of water! We later found out from two other passengers who had worked in the industry that they had caught the Thomson cabin crew eating sandwiches while we all sat there with no food. On arrival in Tenerife the captain told us that they are going to put us up in a 5 star hotel with breakfast and dinner provided. We had already paid for all this so it was no favour to us at all!

We arrived at the Palm Beach which instantly did not look 5 star, it was 3 star. We were extremely lucky to be third off the coach and able to check in to the hotel at a reasonable time. You would not believe the queue from the check in desk right out into the road! The hotel had 2 people checking in 193 passengers. My mum and I went up to our sub standard room and got ready to go down for dinner, when we went down the queue to get rooms was still ridiculously long (they queued till midnight).

Second attempt at flying to Madeira

For the second day in the row we got up at silly o’clock, we went down for breakfast which was of course rushed as the hotel didn’t put it on earlier enough for everyone. We were picked up from the hotel late, which is always a bad start and headed to the airport. When we arrived to the airport we were kept waiting to check in our bags, eventually we got through. On this day we even got as far as there was one group of passengers on the bus ready to head to the plane, while we were in the holding area before we were told the flight was cancelled. We were then hoarded back up to the gate where we sat waiting for updates, the announcement said there would be an update at 12. Well, do you know what that update was! It was, there will be an update at 1! Like what the actual hell! We were kept waiting again and again only so Thomson could try and sort out a plan. Eventually we were all told to go and get our bags from baggage claim and we would be sent back to the same hotel. At this point it all started kicking off, tempers were a blaze, angry passengers were infuriated at the prospect of going back that hotel. The ground staff were not equipt for dealing with this situation at all, also the Thomson reps within the airport were the rudest bunch of people who were of no help and just threatened their customers. The attitudes of the Thomson staff at the airport really needs looking at this was not appropriate, they customers who have spent hundreds of pounds on their goods and they are being sent to a inadequate hotel. That being said there was one Thomson rep who went above and beyond and really understood where everyone was coming from and was lovely. We did not have a problem with the fact the airport was closed and we could not fly, we understood that is was not safe. What we had a problem with is the hotel, we should be getting what we have paid for not less! 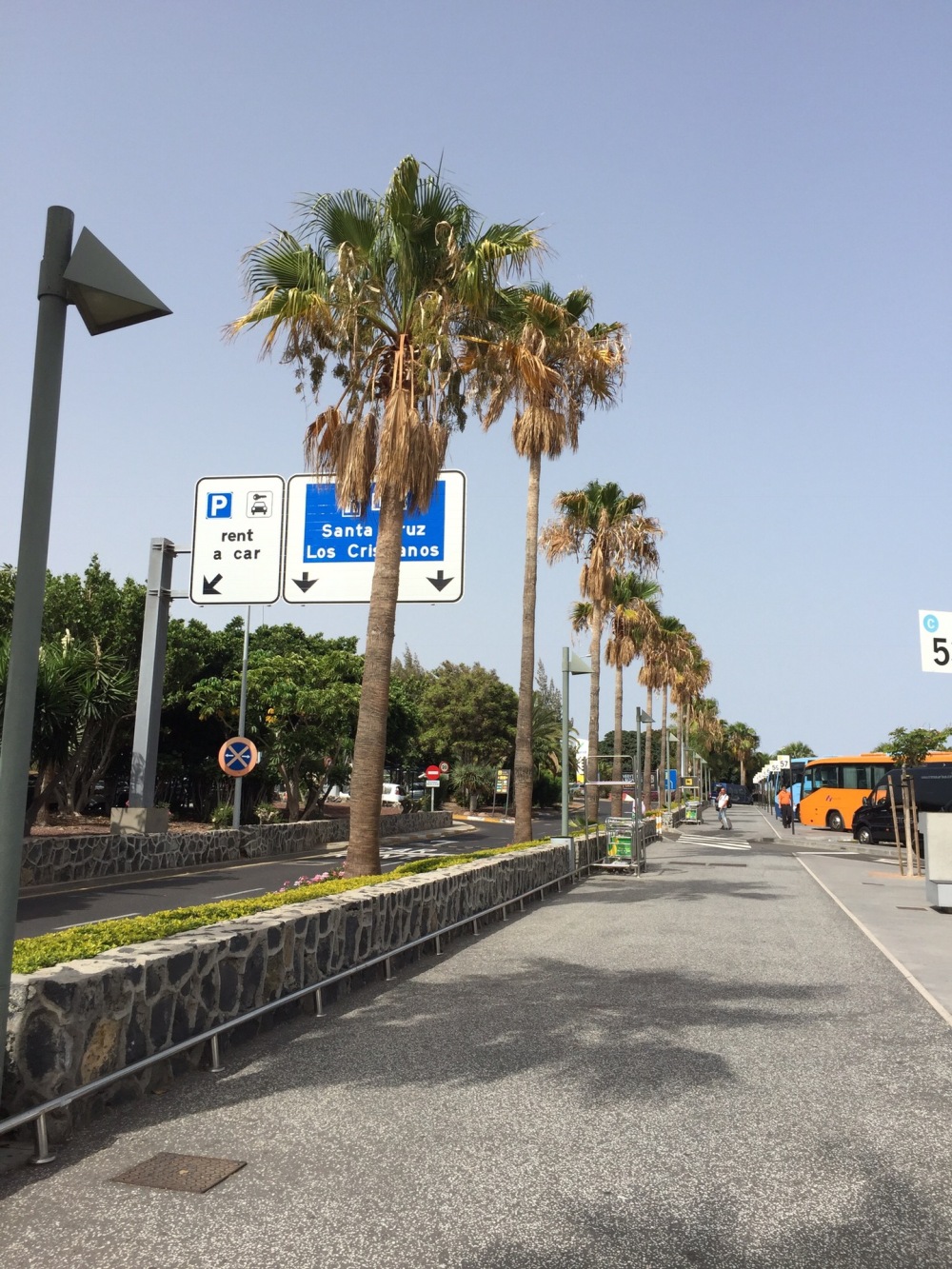 Third attempt at flying to Madeira

By the third day we were all at the point of, we want to go home, we were all fed up getting ferried to and from the airport. We had an early pick up again and were told that the check in desk would open shortly. After an hour or so standing in the queue, the desk opened, oh look more wonderful Thomson customer service. Eventually after nearly two hours in the queue we dropped out bags. Of course everyone was very sceptical, we had been told that no matter what we were taking off, but where would end up would be a surprise, Madeira or home. With any flight you get on these days, it was late but we took off! Everyone was in suspense after we circled a few times and then eventually the captain said he was going to make an attempt. If you haven’t heard about Madeira airport, the please YouTube it! It is one of the top 10 hardest to land airports, had we know this we probably wouldn’t of chosen it. So its in the top 10 hardest to land, now add on the wind! It actually turns out that we landed on the run way the opposite direction due to the wind. It was the scariest landing I have ever experienced! The angle we came in at, you just need to go and watch some videos to understand.

When our wheels eventually touched the runway of  Madeira there was a round of applause! 49 hours later and we made it to our destination!

So if your thinking about booking a holiday with Thomson, really consider it, when your out of the UK they dont really want anything to do with you. 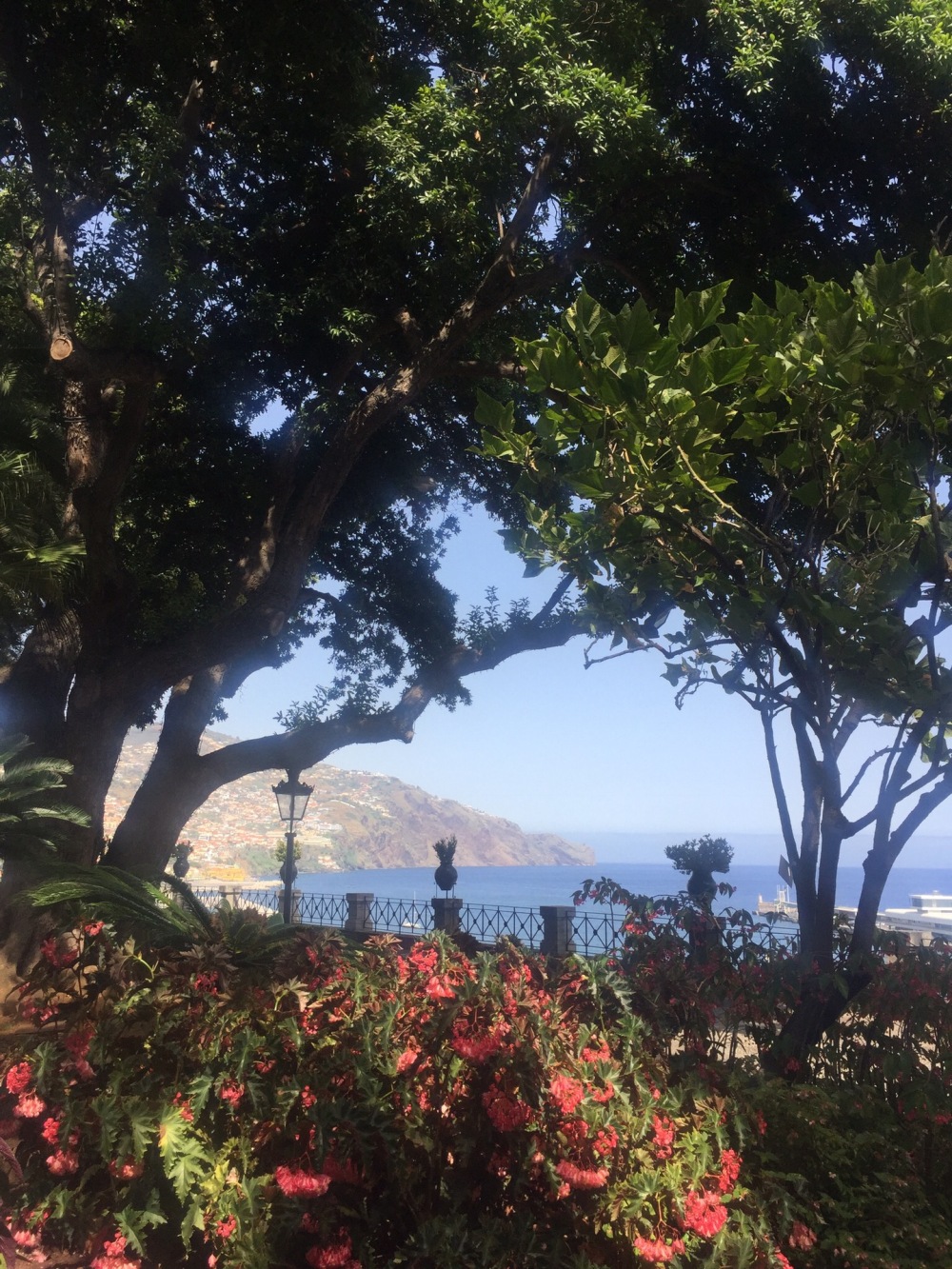