Back in January my Mum and I went to Berlin for the weekend to celebrate my birthday. We flew out early on the Saturday morning and flew back late Sunday night. We were expecting it to be very cold, but on the scale of coldness I don’t think it was that cold even though it was snowing.

When we arrived we made our way to the hotel to leave our suitcases and set out on a long walk down a long street to find Check Point Charlie.

Near Checkpoint Charlie is where we found two parts of the Berlin Wall which are still in tact. 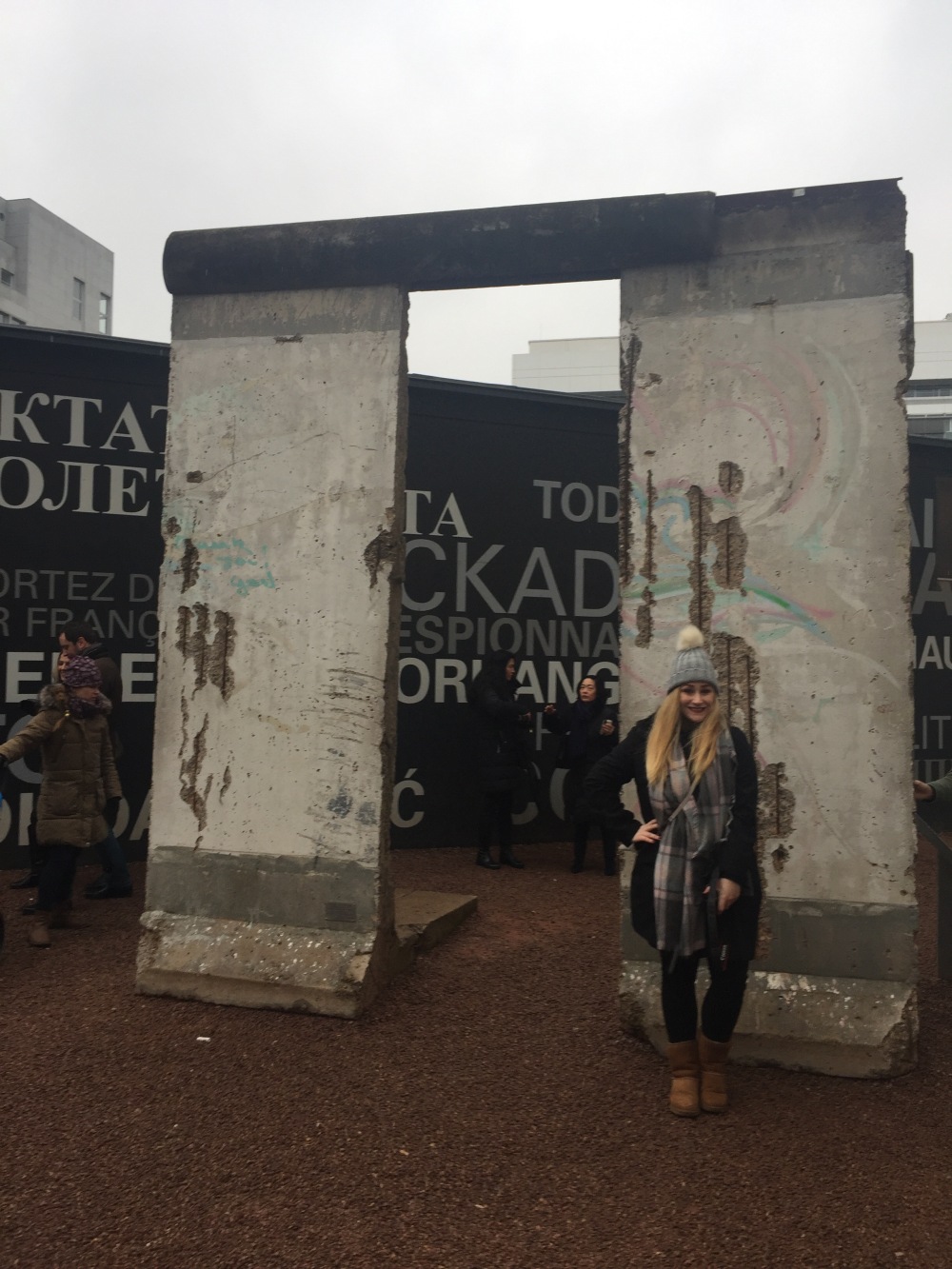 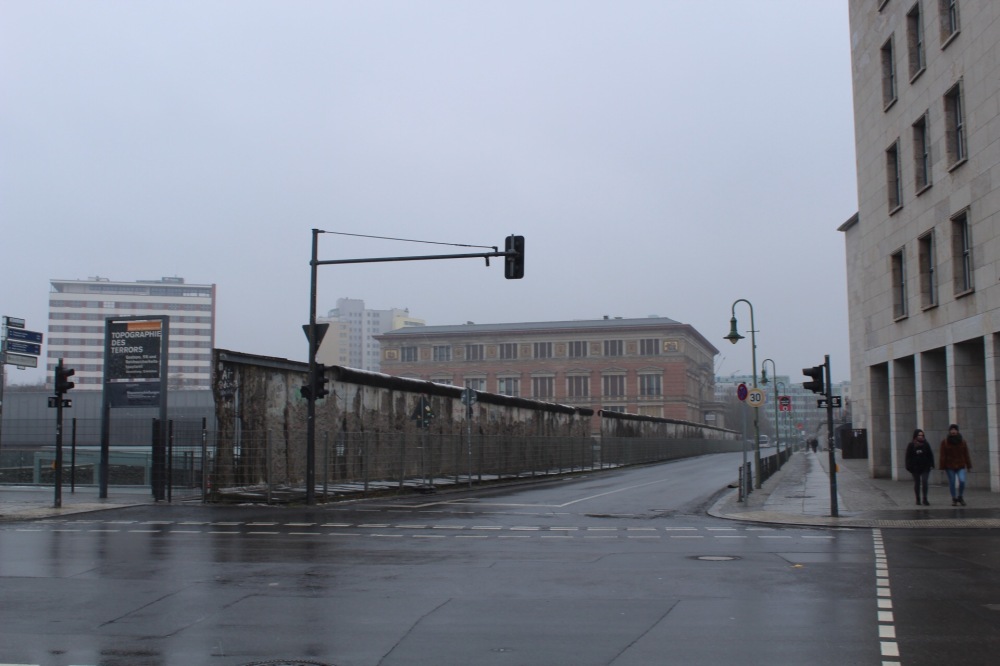 After walking little bit own that miserable looking road in the sleety snow it started to clear up so we embarked on another long walk to the Jewish Museum.

After spending an hour or two in the museum we then started the longest walk of the day to the Berlin Tower. This looked so much closer than it was, but we did eventually make it there.

On the Sunday we woke up to everything covered in a light dusting of snow which was lovely because we havnt really seen much snow in the U.K. this winter. Our first point of call was the Parliament Building known as The Reichstag building. We walked all the way along the river and crossed over into the park opposite to get some nice photos. 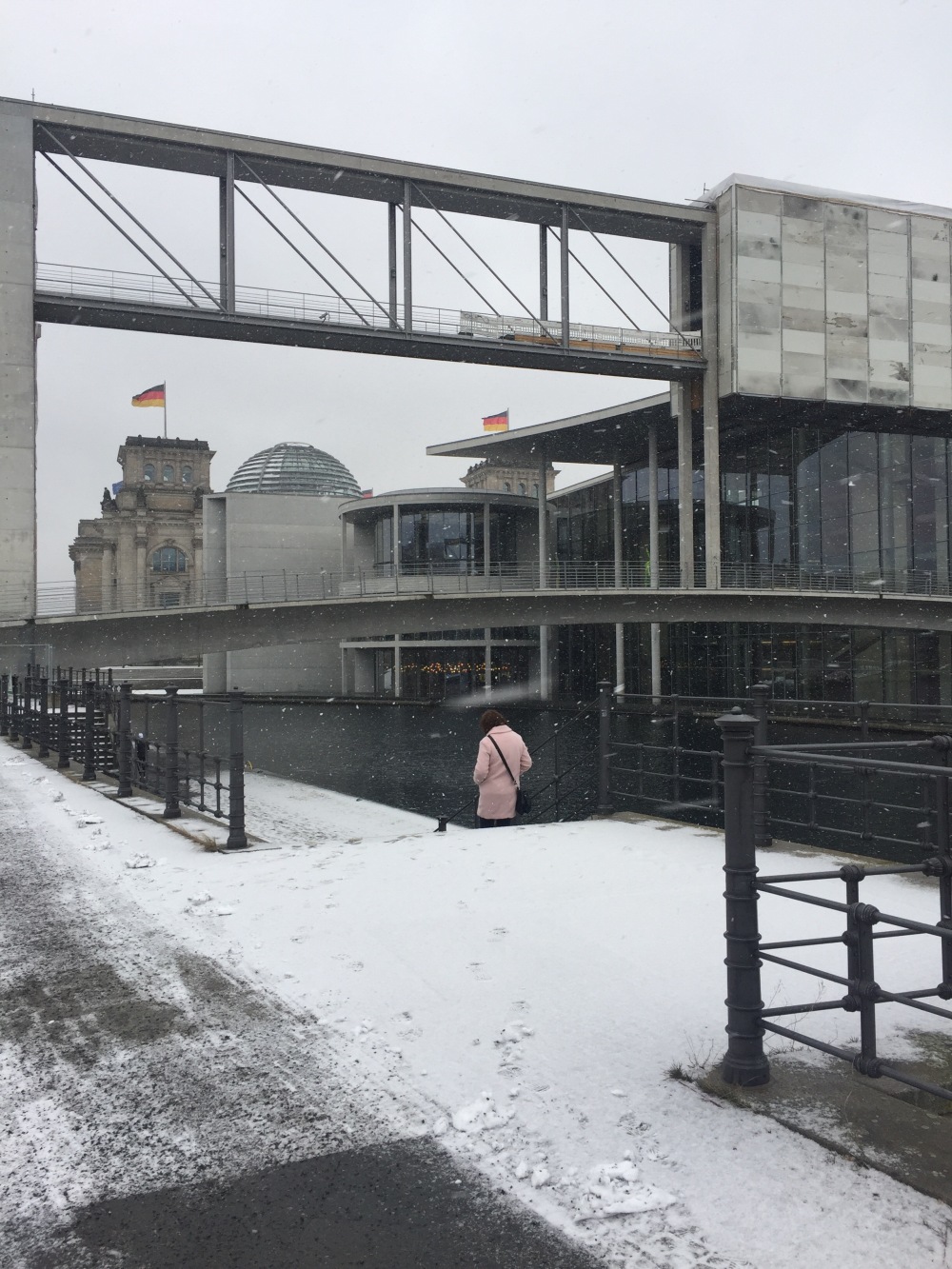 From here we walked through a snow covered park to be Brandenburg Gate. 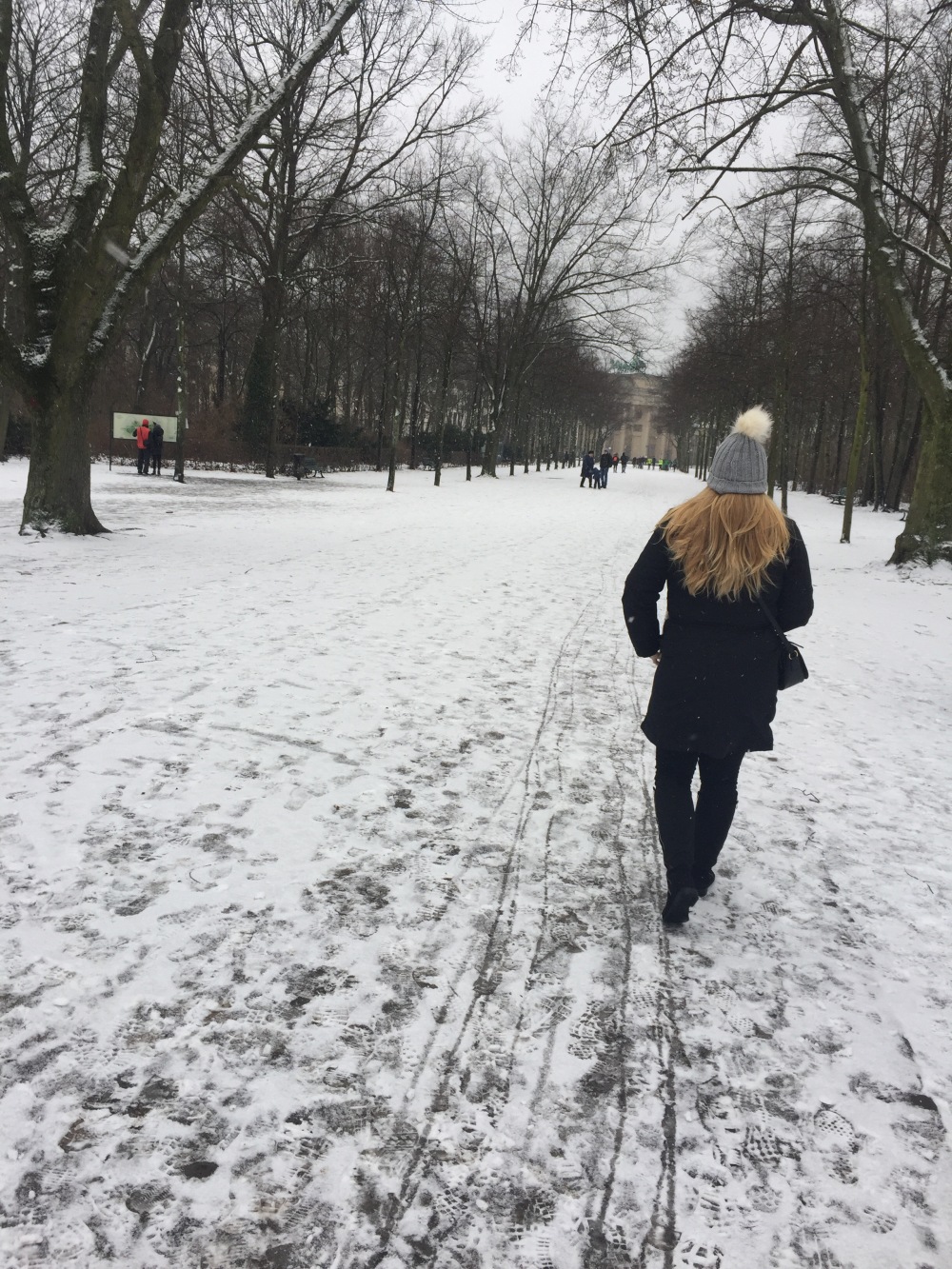 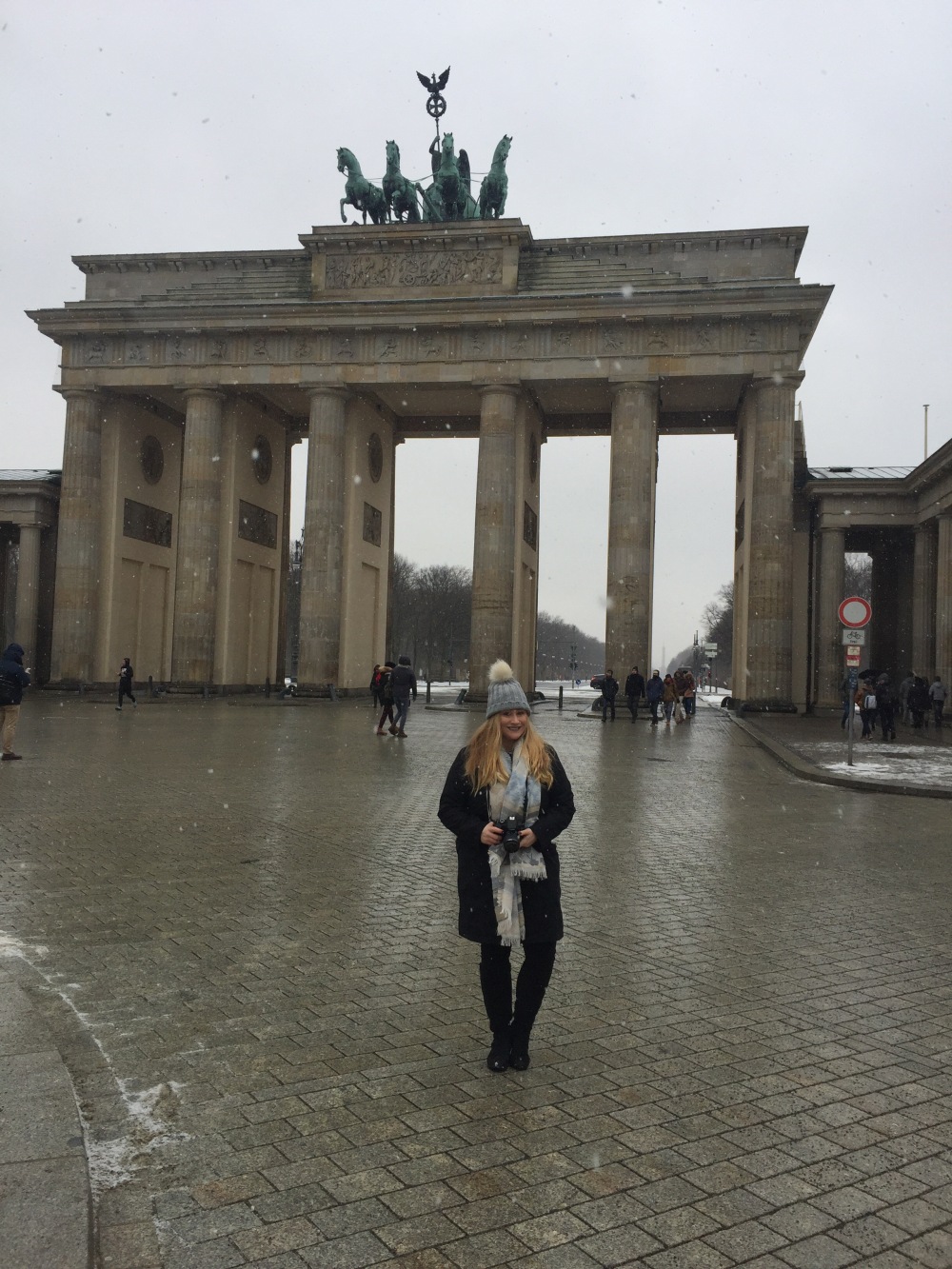 The next stop was the East Gallery which is probally the most famous part of the Berlin Wall as it is covered in art. 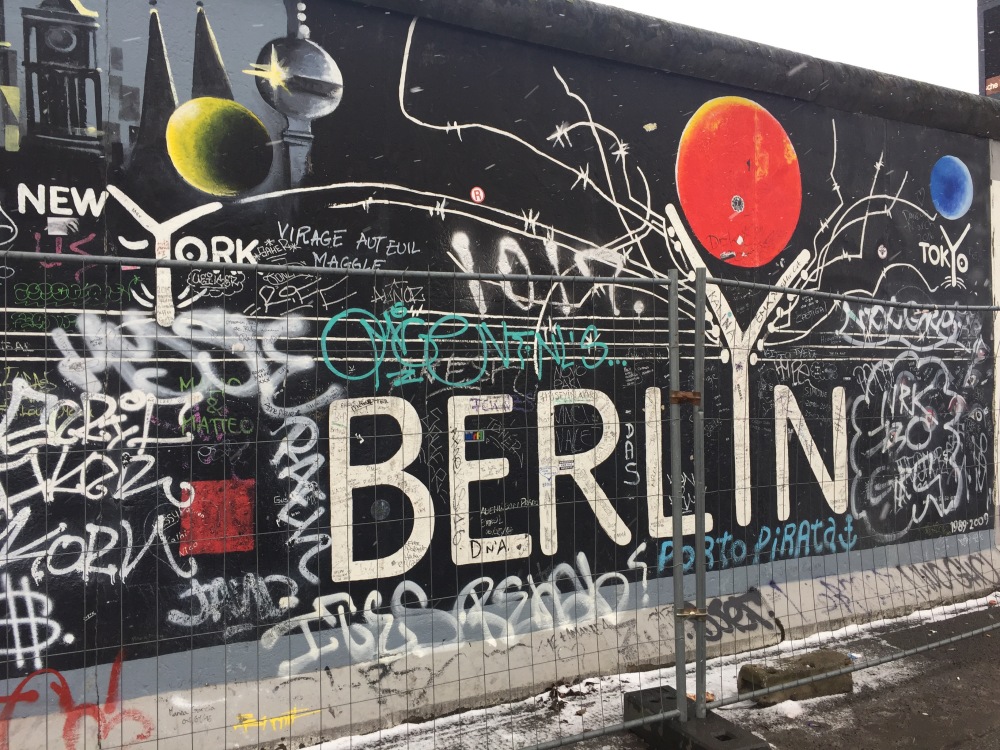 And finally we went to the Berlin Dome and then walked back through to the centre of Berlin for one final look before getting a taxi to Hard Rock Cafe for dinner. 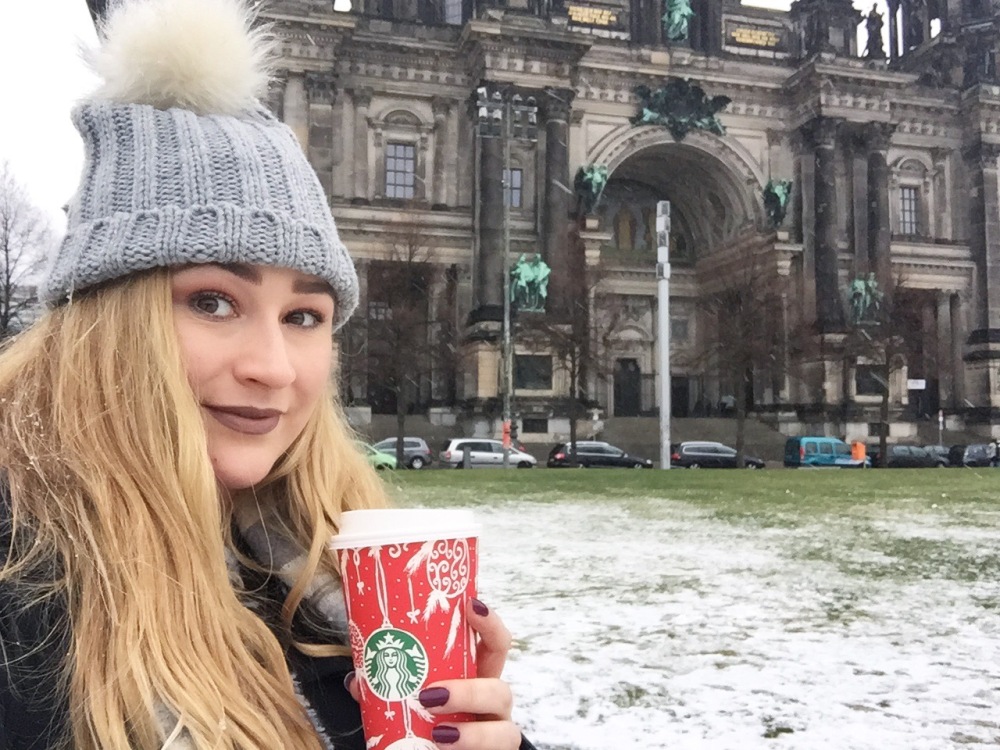 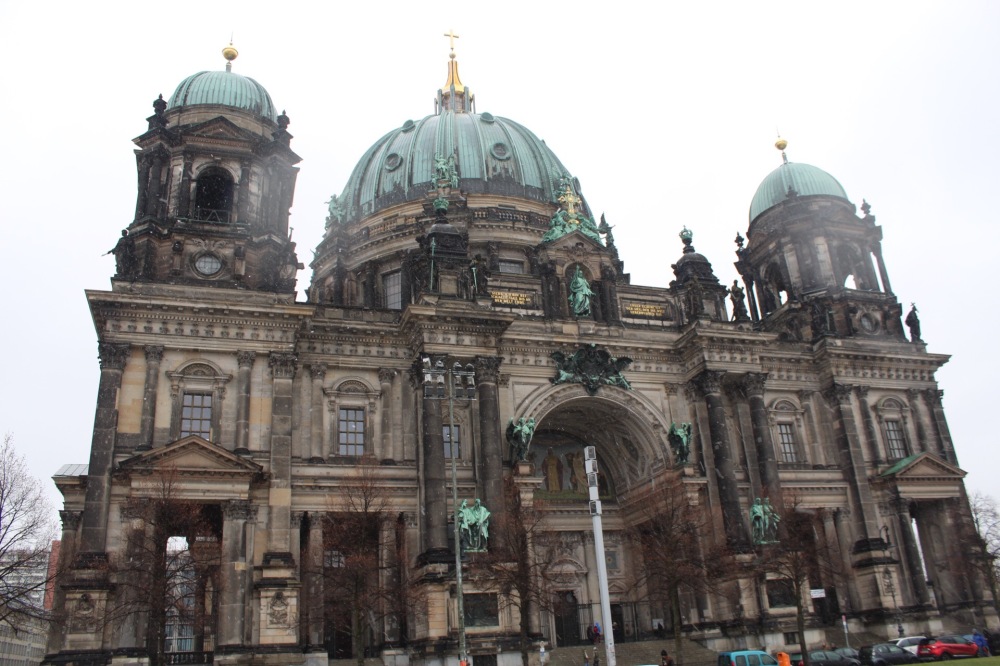 So there you have a quick little stop in Berlin and we covered the majority of all the major places!

My next travel blog post will be about Madrid which took place the day after I got back from Berlin so stay tuned.